← Building Your Dreams at Agile India 2014
Vote for “Discover To Deliver” class to be offered in Ottawa! (or Montreal!) →

I love games for learning – playing about serious matters allows people to drop some of the filters and barriers that may unconsciously affect how group discussions unfold and really explore ideas.  And the laughter and drama of playing a game that involves body, mind and emotions in order to learn about something helps ensure that the learnings stick.

At Play4Agile 2013, Markus Wittwer led an amazing and very popular game about team responsibility that explores the importance of shared intentions and playfully illustrates some of the effects of dysfunctional team behaviour.  I ran the same game during the Friday night playdate at Agile Coach Camp Canada 2013, where the participants had a lot of fun and made several excellent suggestions for how to extend and improve it.   Since then, I’ve been asked to share the exercise so that others can run it with their teams – here you go:

Number of players: teams of 7, the more teams the better

This is a really powerful game for dramatizing what happens when teams are not aligned in intent or are in a position where team members are distracted from the shared team goal by external factors.  I think it works best if you debrief as you go: run one or two scenarios, then pause and encourage participants to reflect on how they are feeling right then, and how the current situation reflects circumstances that are present on their teams. 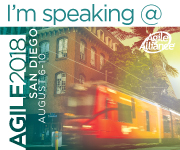